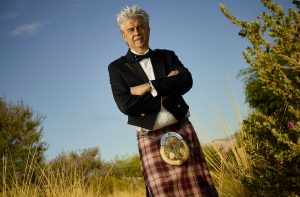 We welcome Grant MacPherson as our Chef Ambassador for Merasheen Bay Oysters, representing Merasheen in both Canada and the US.

Grant is no stranger to quality seafood and is a graduate of the Niagara Culinary Institute in Canada.

He was born in Dundee, Scotland and grew up in Canada; having lived in Alberta and Ontario  in his younger years with a chef career that has spanned 35 years and five continents, cooking for a multitude of A-list celebrities in the world of business, entertainment and politics: including U.S. presidents, British prime ministers and rock royalty.

He jokes about selling  Tumbled peanuts at Saskatchewan Roughrider’s, games at Taylor Field!

Chef MacPherson has opened restaurants all over the world, from Singapore to Melbourne to London.

He’s worked with many prestigious hotel groups such as, The Four Seasons, The Regent, Ritz-Carltons, Malaysia’s Datai Hotel and the Raffles Hotel Singapore (known as the “grand old lady of Far East”).

In 1998 he was recruited by Las Vegas casino visionary, Steve Wynn, to be Head Chef of the culinary operations.

He has won numerous awards worldwide for his cooking skills including a gold medal in the 1992 Culinary Olympics in Frankfurt, Germany. He was the captain of the Singapore National Team for four consecutive years and has medaled over twenty times in culinary competitions in such cities as Niagara Falls, Sydney, Singapore, Toronto and Vancouver.

Look for his books in collaboration with famed Canadian food photographer, Bill Milne: “In the Viking Kitchen with Chef Grant MacPherson,” and “Word of Mouth”, with a new book in the pipeline.

He runs his own company, Scotch Myst, in Las Vegas, where he lives.  He has two boys Graeme 19  and Connor 16